The Garry Oak Coalition is a Washington State 501(c)3 non-profit dedicated to environmental education. We are also a community action group based on Lakewood, committed to raising awareness of this native tree species and its unique ecosystem.


After intervention from a neighborhood oak advocate, tree cutters stopped cutting down a very large Garry oak on the Alfaretta property whose owner is applying to split the property into three to build two more houses there. This Garry oak tree was a perimeter tree, which the Lakewood Municipal Code states “shall be preserved”. In addition, it is a Garry oak, whose destruction on properties of this size requires a permit. Unfortunately, the tree sustained horrific damage. The tree cutters took photos before they packed up and left, to show that they had left it standing — in case anyone came after them and finished the job — so they couldn’t be blamed. See bottom photo for the old Garry oak’s original appearance. Of course we must do everything possible to prevent such tragedies. 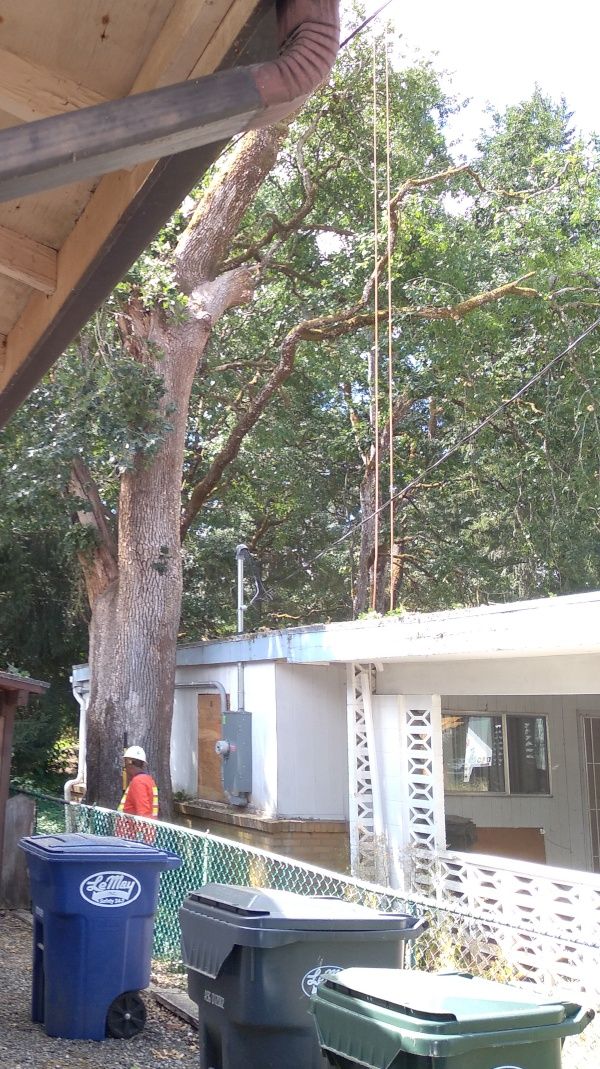 The mutilated tree is at the right here, part of the greater Garry oak canopy of the Dekoven area, as you can see: